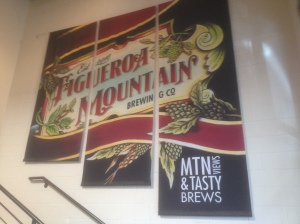 Damn right I did! Beer Roadtrip! But if you ask my kids we went to see Ostrichland USA 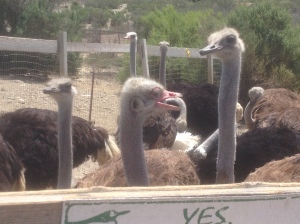 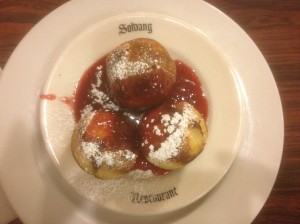 You may know Buellton from the movie 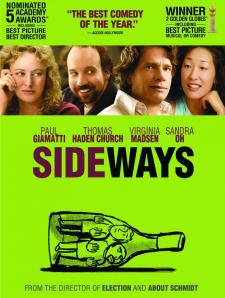 Sideways..but let me tell you it has more to offer than wine and Pea Soup http://peasoupandersens.net/. Buellton is the home of Firestone Walker Brewing and our very very favorite Figueroa Mountain Brewing 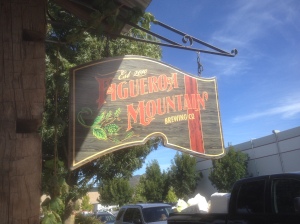 .
It was a one day/night field trip out to Buellton as I needed to see Figueroa Mountain Brewing http://www.figmtnbrew.com/ Live and in person. If you have read any of my past blogs, especially those after a Beerfest you know that we are BIG fans of Figueroa Mountain Brewing. Only cemented by a Tap Take over at our favorite bar Story Tavern http://www.storytavernburbank.com/ a few months back.

This Dad and son Brew team know what they are doing. Jim and Jaime Dietenhofer are brewing some of the best craft brews California, dare I say any state has to offer. And the best part at least for me is that they have such a WIDE variety of beers. 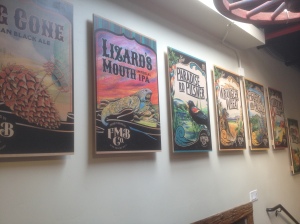 They are not just making the next best IPA like everyone else in So Cal is doing. They make everything. We even tried a Pear Cider there this week! Not all of their beers are available in bottles, or even at your local bar. Hence the roadtrip. We stayed locally (cause even a flight of beer is a beer to many to drive, especially home to LA) we were at a motel walking distance from FigMtn. Which was so convenient! There were several motel/hotels in the area lots to choose from. 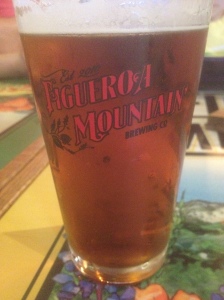 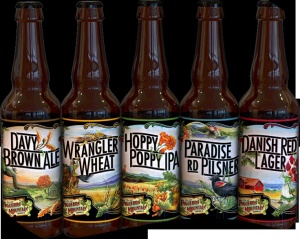 Some other notable beers they carry (and you can get outside of their tap rooms (in Buellton, Los Olivos, and Santa Barbara) is their Lizards Mouth, 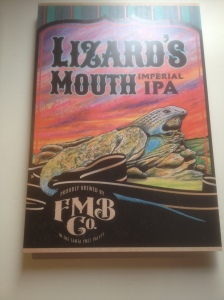 at 9.2% and 90 IBU (remember IBU is units of bitter) you would think I would be turned off. But man this is one super tasty beer! Find this one. Especially If you want a lil punch to your beer, at 9.2% it wont take many. Trust me.
http://www.figmtnbrew.com/our-beers/#lizards-mouth.
I also mentioned in my last blog what a big fan I am of their Big Cone, a black ale, http://www.figmtnbrew.com/our-beers/#big-cone-black-ale 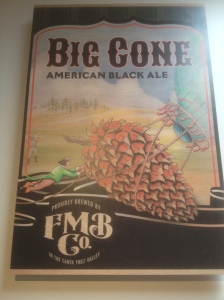 See that’s the thing about FigMtn, they do hops well. They aren’t trying to wreck your palette, so everything else you taste is “wrong”. They use hops the way they should be used, balanced and delicious.

We were lucky enough to find a few at the brewery that are not available just yet outside the tap rooms. First and foremost we must call out their Grendal, 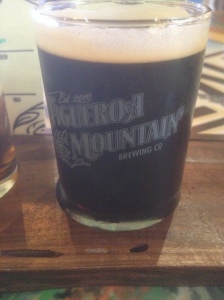 it’s a barrel aged porter, maybe not for everyone and at 11% it’s packs a punch for sure. But man you can’t taste the punch. That’s dangerous. In a good way. This was hands down the smoothest, tastiest beer we had. 11% no way! It was amazing. Such a great beer I surely hope they make more and get it to folks in bottles. Great one!

We also tried their Biere De Menage, a mix of beer and sauvignon blanc wine. It’s a saison. Not usually my cup of tea. But as per usual I was like “yep I would totally drink this’ it would be perfect with some pasta, or a nice fish dinner. http://www.figmtnbrew.com/our-beers/#bieredemenage 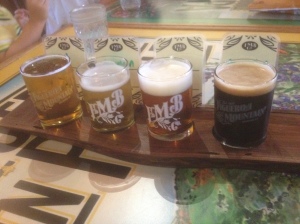 They have a Kolsch on board now (see I tell you they have all types of beers), Called the FMB101 named after the infamous 101 fwy, that sort of screams California. A Kolsch is made like a lager, so its fresh, clean, great for outdoor drinking and bbq’ing! http://www.figmtnbrew.com/our-beers/#101 This one I believe will be coming soon to a store near you!

They have a Pilsner that is available in bottles, Paradise Road, http://www.figmtnbrew.com/our-beers/#paradise-road-pilsner which we have had previously and enjoyed but that day they had a German Pilsner that was SO great! So great we got a growler of it to take home the next day!

Something’s that stood out about the entire experience, not just the beer. 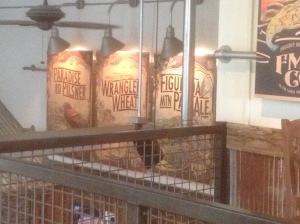 This place was beautiful. 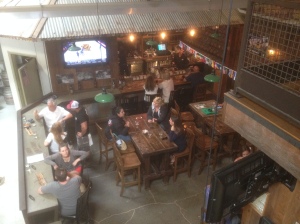 Two stories where you could over look the brewery as it was brewing. 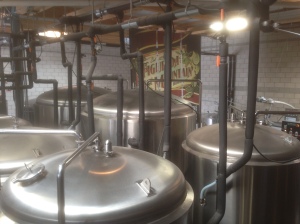 Smell of grain and wart in the air… and so sleek. 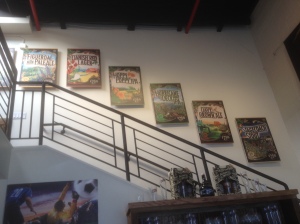 With their beer labels as their wall art and table décor. 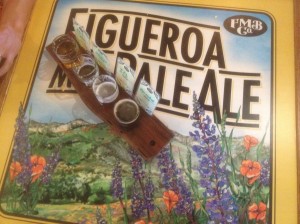 and what a great outdoor seating area. I wish I had taken pictures of this when it was hopping the night before. These are from 11am then next day when we swung by again to grab a growler and a Tshirt. The outside seating to me just sums up “outdoor drinking” at its finest. 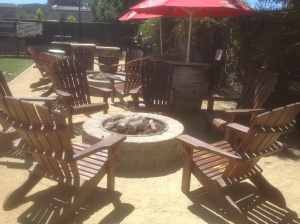 Look at the great tables, the fire pits, the atmosphere. 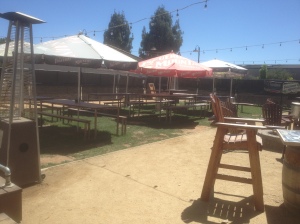 I wish we had another night and we would have gone back to sit outside. What a fun place!

Also to be noted, the brewery is child friendly. I asked prior to going if I had two well behaved children could they come in and sit with us. Got the thumbs up. Knew my kids had their DS gaming units and the World Cup on the TVs and they were fine as we tried our sampler flight! 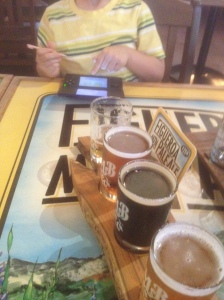 We ordered pizza from a place near by. They brought it right to us.
Anthony was our bartender upstairs and he was so nice, and knowledgeable about beer and especially their beers. Very attentive to make sure our kids had water and were doing okay.

I know not everyone is going to drive to another city to try some beers. So I encourage you to order Fig Mtn from your bartender next time you are out. Keep an eye out for their bottles at the store and buy them! They really are the most well balanced, tastiest, biggest variety, family owned, operated by nice people, beer out there!

Hey the Beer Couple hits our 10 year wedding anniversary this fall….who’s up for a anniversary road trip with us?? 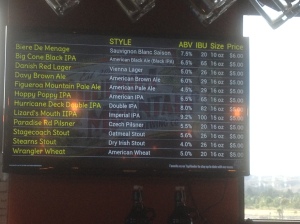